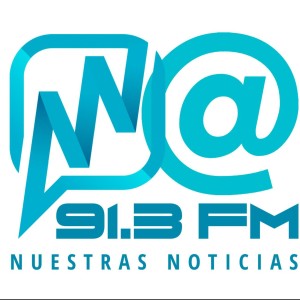 The narrative of this story, with the reader’s permission, is from an historical, technical and personal perspective.

I am proud to tell it to you, since the author of Manzanillo´s Heraldic Shield was my father, the late architect Joaquín Ponce Valdovinos.
In those years the architect Joaquin, a man in love with Manzanillo and with his characteristic and particular sensitivity, also developed his love to art, music, literature and to his family and country; I think he could be described as a real “bohemian dreamer.” Making use of his acquired skills, product of his intense studies on heraldic, decides to participate in the competition launched in the triennium 1977-1979, being our Mayor Lic. Jorge Armando Gaytán Gudiño, to give our municipality a heraldic shield. It has to be mentioned that this call was made nationally, making it to the country’s designers, painters and historians.

I share with you my mother´s narration, Mrs. María Flores Vda. Of Ponce.

“For several days and nights and especially that day, Joaquin had being working to design the shield. He had already made many attempts and extracted o lot of information, but he was not satisfied. It was already very late in the afternoon when I began to hurry him, since he had already one. But he kept working with descriptions and details. I said, “Joaquin, its only one hour left and you’re not going to finish it,” to which he replied, “Yes, you have to type it, help me, there you go with the first pages.” Finally we finished typing.

Joaquin had already painted and detailed the shield, and then we ran out of the house, handed it over and we were the last contestants to participate. The proposal was signed with a pseudonym “JOMAPO” that were the initials of his father, Jose Manuel Ponce. “

Joaquin had already painted and detailed the shield, and then we ran out of the house, handed it over and we were the last contestants to participate. The proposal was signed with a pseudonym “JOMAPO” that were the initials of his father, Jose Manuel Ponce. “

Thus, in such a special call, my father, Joaquín Ponce Valdovinos, won the contest, with a shield that emphasized and honored in a special way the activities developed in the history of Manzanillo itself and its municipality.

The official declaration of the Shield of Arms of Manzanillo was made on May 8th 1979, at 1 pm, in the Presidency´s Municipal building as part of the commemoration of the 134th anniversary of the foundation of Manzanillo.
In this act was unveil the shield that had previously been approved for official use.

“When we learned that the shield that Joaquin had presented had been designated as a winner, it was a great joy and satisfaction for all of us as a family, because for him, Manzanillo was very important, it was personal inspiration of great dreams of development of arts, urbanistic, etc. That’s how it was, a great dreamer but also very talented. For him, dreaming of a modern Manzanillo with infrastructure, with urban developments with parks and beautiful places, was a daily dream.

I do not remember if the award was delivered on November 20th, but it was a very special day for all Ponce family and of course very especially for Joaquin.”
This is how Manzanillo´s Shield was born.

In the following edition of this magazine I will take the liberty of sharing with you the heraldic and technical meaning of the Shield of Arms in Manzanillo. For now I thank you for your attention and time, knowing you all, lovers of this beautiful port.

Watercolor photograph of the original proposal.